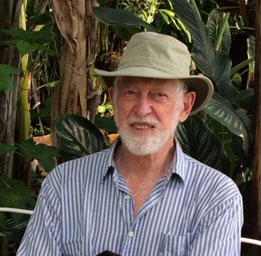 Dr. Donald Sutherland has had a very full and interesting career both in clinical family medicine in Canada and in international public health, initiating and supporting community programs and national initiatives around the world.

He began with a medical degree from the University of British Columbia and moved on to do general practice in Hope and in North Vancouver.

After 8 years of medical practice, Don was drawn to work in international health and his first experience was 2 years working as a District Medical Officer with CUSO in a rural district of Malawi where he was the only doctor serving 4 hospitals and a population of 300,000.

The Malawi experience inspired him to apply for and receive a scholarship from IDRC to attend the Liverpool School of Tropical Medicine to obtain a Masters in Community Health in 1978.

On his return to Canada, Don settled on Pender Island in BC, working as the sole GP and to apply what he had learned in Liverpool. The island provided him with the opportunity to start and to develop a community owned and operated clinic with the support and major involvement of the residents. This included obtaining a gift of land, building a community designed space to include a range of services including an ambulance service and most important finding funding. A major factor in the success of this was mobilizing a lot of volunteer labour. This clinic still operates under the Pender Island Health Care Society and has 3 physicians and a nurse practitioner.

In 1981, Dr. Sutherland returned to international health by working as the medical officer for OXFAM in a refugee camp in North Somalia. As the team leader and medical officer for the camp he used research to adjust the program being implemented. This was done using a household survey of morbidity and health care seeking behavior and was complemented by an assessment of mortality data on a weekly basis to reprogram OXFAM’s approach to preventive and clinical care services in the camp of 35,000 refugees. This work led to Dr. Sutherland being asked by WHO to return to Somalia to assess all 35 camps and then to be senior advisor to the whole National Refugee Unit in the Ministry of Health.

This international work continued with Don joining the International Red Cross Child Alive Program for 4 years and then with WHO’s newly formed Global Program on AIDS as team leader/epidemiologist in Uganda just when the enormity of epidemic was becoming apparent. Don then went to the London School of Hygiene and Tropical Medicine to do an additional Master’s degree this time in Epidemiology.

In 1991 he returned to Canada to become Chief of the HIV/AIDS Division and then Director of the Bureau of HIV/AIDS, STD and TB at Health Canada’s Bureau of Communicable Disease. At the same time, he returned to clinical medicine working in the HIV/AIDS clinic at the Ottawa General. In these roles, he was responsible for planning, directing and managing epidemiology, laboratory research, and surveillance programs as part of the National AIDS, STD and TB Strategies throughout Canada and the world. Dr. Sutherland developed a prioritized targeted research program throughout Canada using Federal AIDS Program funds. These included laboratory research as well as key questions in risk assessment, social, behavioral and environmental factors in HIV risk as well as rates of HIV Drug Resistance emerging in Canada.

In 2003 Dr. Sutherland returned to WHO in Geneva for four years, to coordinate the HIV Department’s Strategic Information including HIV/AIDS Surveillance, Monitoring and Evaluation, Operational Research and the WHO HIV Drug Resistance Global Strategy. In 2007 Dr. Sutherland returned to Canada to become Executive Director of International Public Health of the Public Health Agency of Canada (PHAC) based in Ottawa.

Don continues to sit as a member of the Research Ethic Board for Health Canada and the Public Health Agency of Canada and to volunteer as Senior Advisor on Public Health to the Canadian Society for International Health.

Don moved to Gabriola Island in 2015 on his retirement from PHAC and became involved with the Gabriola Health Care Foundation and now sits on their Board including responsibility for the Board’s role in doctor recruitment for the island’s health care service and an interest in data collection and analysis regarding Gabriola’s social determinants of health and the impact of the various health services on the island and the levels of unmet need.