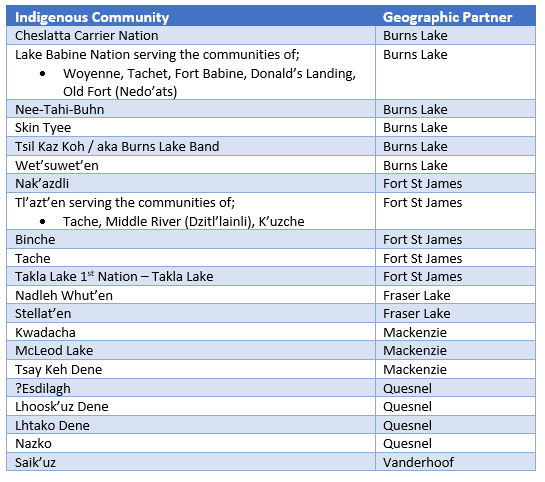 NIRD’s geographically expansive catchment area covers approximately 144,000 square kilometers with an average population density of 0.5 persons per square kilometer. The region spans over 1,000 kilometers from end to end - a one-way drive across takes 14 hours under favorable driving conditions (on roads that experience some of the highest casualty rates in the province).

The Northern Interior Rural Division, established in July of 2012, is a cohesive Division with a strong, growing membership and professional kinship. Physicians treat a patient’s care as every physician’s responsibility regardless of which community the patient lives in. Embracing a mission of “Rural Physicians supporting Rural Physicians helping to build healthier communities – together.”

Overview of the Divisions of Family Practice

The Divisions of Family Practice initiative is sponsored by the General Practice Services Committee, a joint committee of the BC Ministry of Health and Doctors of BC. The initiative was designed to improve patient care, increase family physicians’ influence on health care delivery and policy, and provide professional satisfaction for physicians.

The Northern Interior Rural Division is an independent entity, whose goals are:

The Division provides formal family practice influence and leadership at community, regional and provincial levels.  They advocate for and develop programs specifically tailored to the health care needs of the area, and administer funding provided for each program.