A GP For Me - Evaluation Findings

Within the time frame of A GP for Me, Central Okanagan physicians attached 15,380 patients.  The A GP for Me project successfully implemented six strategies which resulted in 11,499 of these new attachments, while the remaining 4,331 of the new attachments were the result of the normal attachment rates of physicians in the community. Stakeholders identified the biggest impact of the project to be the development and implementation of the Mobile Assessment Unit, and subsequent attachment of over one thousand 65+ year old patients. In addition, the Division has recruited 20 new providers, some of whom will be attaching patients and providing longitudinal patient care for years to come.

The most significant changes resulting from the A GP for Me project included increased attachment, particularly of older adults within the community. In addition, the project has fostered an increased understanding and awareness of the challenges facing primary care, as well as improved relationships between physicians, the Division, and strategic partners. Factors that contributed to the success of the project included strong and engaged physician leadership at the steering committee and working group level as well as increased face-to-face engagement of the physicians’’ office staff. This engagement enabled the Division to reach many members, and include them in the core activities such as the physician registry and education events. The project was also supported by a collaborative approach to the work, notably the inclusion of the health authority and community partners. Lastly, the project benefited from a strong backbone of support from the Division staff team.

Family Physician Membership Application Form
*Please see below for the Find a Family Doctor Program and how to submit a form to get on the waitlist.

Are you looking for a Family Doctor? 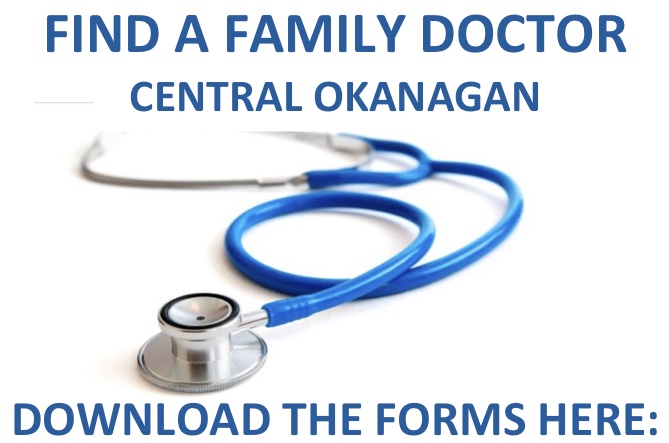 We acknowledge that our work place is within the ancestral, traditional, and unceded territory of the Syilx Nation. We acknowledge the Metis Nation and their contributions to Aboriginal ways of being and knowing in Canada.